When you’re desperately trying to lose weight quickly, you want to try anything. Especially the foods or exercises that promise to melt fat without minimal effort from your part.

But do fat-burning foods really exist?

Some research has been done regarding coffee, chilli peppers, and other items we’ll discuss below. However, some experts in nutrition and weight loss argue that fat-burning foods don’t exist. For instance, Dr Caroline Apovian argues in her book that you can only lose weight by eating fewer calories than you burn.

Other experts say that everything that puts you at a caloric deficit is technically a fat-burning food. For instance, if you ate just 1000 calories per day, and those calories came from pizza, your body would still need to burn through your fat stores to extract its energy. So that would mean pizza is a fat-burning food for you.

However, we mentioned some studies about foods that are supposed to help you burn through your fat stores faster.

Let’s analyse them below:

However, other experts say there’s not enough evidence that cinnamon can actually be effective against stored body fat.

Chilli peppers are thought to help you lose weight because they’re packed with capsaicin. This miraculous ingredient that accounts for their spicy taste, is also supposed to decrease your appetite. Besides, capsaicin is also shown to decrease your body’s ability to store fat if you ingest 6-9 milligrams per day.

However, if you eat more calories than you should, capsaicin may not be able to prevent your body from storing fat. It’s also unclear how much capsaicin accelerates your metabolism.

Celery is a famous negative-calorie food that contains a lot of water. Supposedly, your body is supposed to burn more fat during its digestion process than the calories found in celery.

Take a look at this article, though. We explore all the claims behind negative-calorie foods and how these actually work.

Bottom line: Celery can keep you satiated for longer and it has important micronutrients. However, it won’t miraculously burn off your fat stores.

Green tea is shown to increase your metabolism because it contains natural caffeine. You can notice your energy levels going up after a cup of green tea, whether you’re drinking it as a preworkout or when you wake up. In fact, some people drink their first cup immediately after waking up and before eating for maximum effects.

However, some specialists claim that this metabolic increase is small as well. Another argument against green tea for weight loss is the lack of precise studies that link green tea with sustained weight loss. As such, you can notice marked weight improvements only if you’re eating fewer calories.

These sources also indicate that green tea might not be for you if you have pre-existing liver disorders.

Proteins keep you feeling full for longer, plus your body burns more energy during their digestion. However, it’s important to add yoghurt into your diet the smart way, without any excesses.

Coffee is shown to suppress your appetite and to increase your energy levels. As such, you’ll feel more energetic before your workouts and you’ll tend to move more.

So there’s nothing magic about coffee either. It just helps you eat less and exercise more. The downside is that you can experience energy crashes when the effect of coffee wears out. You can also get addicted pretty easily.

Besides, don’t neglect the extra calories you can drink in coffee. If your goal is to lose weight, give up the milk, cream, sugar, or butter you usually add into your coffee. Instead, stick to a cup of dark coffee or add just a bit of zero-calorie sweetener.

The local lore is that drinking cold water can accelerate your metabolism so that you can burn more calories. That claim is based on the fact that cold temperatures do that to your body.

Many people who read this study might be tempted to drink more than 2 litres of water per day just to accelerate their weight loss more. But that’s a big mistake for two reasons:

One, you might water intoxication, and that’s not fun.

Two, you might fill your stomach with too much water so you won’t have enough room for real, nutrient-packed foods. As such, you might lose some weight quickly, but at the cost of depriving your body of essential nutrients. If you use this strategy on the long-term, you could actually decelerate your metabolism instead of accelerating it.

We’ve taken you through a slew of studies that discuss the evidence regarding some of the most common fat-burning foods. You now know that these foods can accelerate your metabolism, but that their fat-burning properties are extremely exaggerated. As such, they won’t jump from your mouth straight to your fat stores to zap them on the spot.

So you can include cinnamon, chilli, celery, and so forth into your diet, but you shouldn’t live off them alone. You should also eat healthy foods and limit your caloric intake to a healthy 2000-2500 calories/ day. Likewise, you should exercise every day at least a little bit. Get outside, play with your kids, or enjoy a walk around the block! We promise you, it’s worth it. 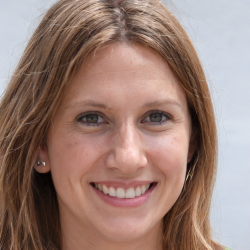 Vic
Victoria's an ex-PT but still an avid fitness enthusiast. Over the years, she's been both fit and chubby and she chooses the fit version of her any day.

She had to trade the gym for home fitness equipment when her two little angels were born. But she successfully managed to make the transition, and sharing her vast fitness experience online is the engine that keeps this website going.

Latest posts by Vic (see all)

FitnessGuides.co.uk is a participant in the Amazon EU Associates Program, an affiliate advertising program designed to provide a means for sites to earn advertising fees by advertising and linking to Amazon.co.uk.